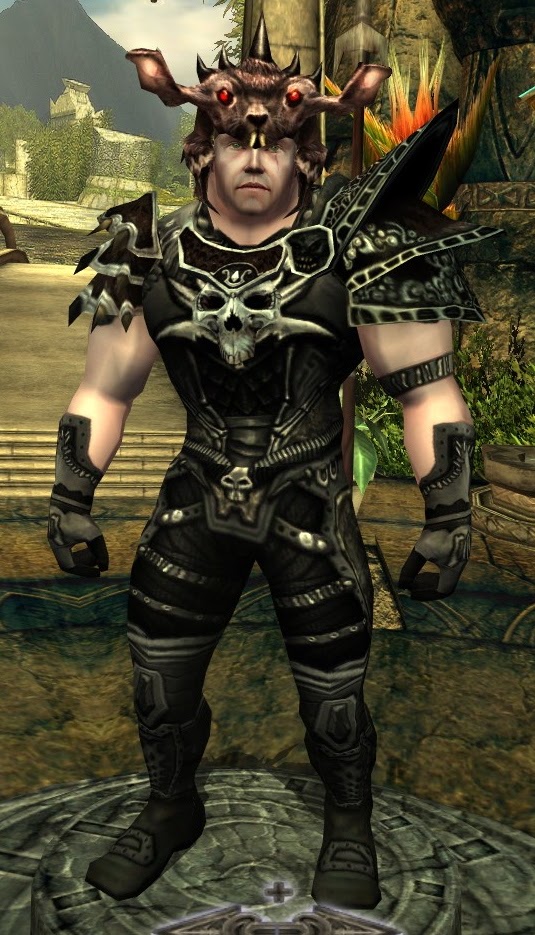 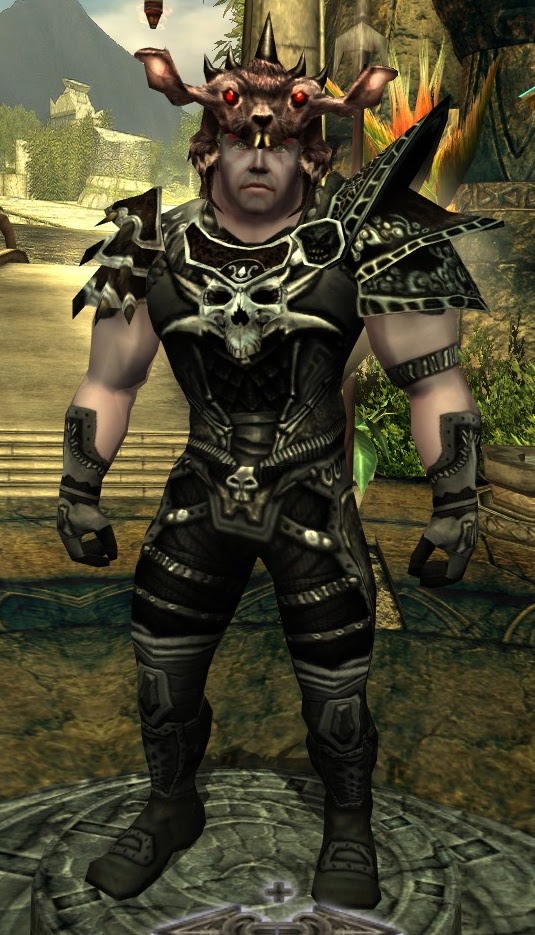 Cerge actually has long red hair this time around, but due to the bunny hat that he wears, you can’t really see it. Anyway, that’s all for this time. Tc.

With u29, Turbine decided to not only add the much requested Legendary Shroud but also revamp the random loot system.

This included, but not limited too, not only a substantially addition of new effects but also a on where those effects could spawn. You could almost see it as a redux to the much more diverse loot system released with Menace of the Underdark and later refined in packs after it.

If you follow the timeline of changes of random loot you have the mostly vendor trash up until MotU, followed by an interesting combination of effects and diversification until Shadowfell and then a contraction of many popular effects until U29.

So what’s the big hub bub about this?

First, some of it can be really powerful. Particularly when compared to similar named gear. When you go back to the first ‘change’ of random loot in the MotU era the…

Note: Originally posted on May 29, 2013 on my Guildportal Blog

Over the past few weeks (the past four to be specific), the Crypt Crawlers have run a raid on Saturday night: The Reaver’s Fate, Tempest Spine, The Chronoscope, and the Shroud.  For the most part the raids have gone well, except for last weekend’s run of the Shroud…

Leave it to the Shroud to mess things up.  Although we did complete the run, we did have a host of issues with the raid, which has always bothered me about them.  Our first issue was that we couldn’t get the raid to fill.  It took nearly 45 minutes for the party to come together.  I’m not entirely sure why it took that long, maybe it was because he put the raid up at a late time (~1 am EST) or maybe there was just that many groups filled with…

We have been in plans for the last month for what we are calling #OperationPinkShroud.  Pink is level 18.  Close to 19.

Tonight is the night!  Tonight.  Pink is so excited.  She was vibrating when I dropped her off at school.

The biggest logistic issue that we had is that Halfling Commandos and Torchwood are small guilds.  Torchwood is where the non-halflings go.  So it is the same number of people 😀  Luckily, Twitter came to the rescue!!!  Tholgrin, Evennote and BonnieBew are all coming to give her a hand.  Hopefully LAG does not try to be the 13th player tonight.

I had hoped to stream the event live through Twitch, but I am worried about it introducing lag.  I really want this to go smoothly for her.  We most likely will be making Pink “Raid Princess”.  She will get all the items and shards that she needs to build…

I’ll admit it, I like that little graphic that I whipped together to announce the new commercial map goal too much to not use it again.

To celebrate the whole new level of Patreon funding, I’m sending out a survey to all patrons through Patreon later today with a list of maps to choose from as the second back catalog map to go up for a free commercial license.

Yup. To celebrate the achievement, I’ve gone through the maps I’ve posted in the last year and found the one I’ve received the most requests to release under the free commercial license – and I’m releasing it today. And it’s not just one map, it is a big double-whammy.

My eldest son is absolutely dragon-crazy these days, so when I told him that my World of Warcraft character had a dragon mount, he demanded on the spot that I show him. We log in and I pull out the mount to his “oohs!” Now I can’t fly it, at least in Northrend, because I haven’t paid whatever for the cold flying. Then this happens:

Me: Because Blizzard hates its fans.

I hit 20 Saturday and took a break Monday. Altho I did manage to knock out another level in some early content. Primarily the idea is to follow the same path to 30 then turn around and do a 4/16 wiz/arti for the final Deep Gnome past life.

I’m already working on a GS light repeater (two large arrows short) that’ll take me to 20 (with the help of the doublecross bow both BTA and later Epic). I really don’t want to start loading up on BTC repeaters since I’m going to have to reincarnate after that into most likely Warlock again (or Maybe Favored Soul). Last thing I need is more stuff to try to store in order to empty reinc cache.

I really wish they had a smarter system in place for the process.

After watching a few Project Gorgon videos last week, I couldn’t stand to not be playing this game. I’d been pretty good for a while there, steadfastly ignoring it while alpha development continued and the wait for the Steam release (whenever that’s supposed to be) drew near. I figure that the Steam release should represent the game at an… established point of development and a good place to start playing in earnest.

But you know how it is when you start hearing about something and then get to thinking about it a lot and then start obsessing about it. You find yourself devoid of all willpower and logging in anyway.

So that’s what happened this past weekend: I logged in and created a new Project Gorgon character. The compromise that I established with myself (ahaha) was that I would only explore the newbie island for now, which would accomplish two…

Well if the title of this post doesn’t tell you anything else, it does show you how much back log I have since today is March 28th and I’m just now getting to my post about my questing activities over the first weekend of March.  I swear I’ll catch up…maybe…

Looking back at those quest runs, I noted quite an array of runs that included some dual boxing, some slayers, some epic runs, and a look at the Anniversary Party.  I started the weekend runs by taking Suppply (Level 10 Paladin) and Harrgon (Level 11 Favored Soul) into the Searing Heights during one of my dual boxing sessions.  During this particular run, Suppply collected all of his rare encounters, located all of the explorers, and collected 135 slayers.  Harrgon also did fairly well getting over the 200 slayer mark with the same 135 slayers.  They defeated the First Mate

Our little band of Flower Sniffers of Destiny has been shortmanning raids of late – raids because they’re fun, shortmanning because of the lag monster.

During a fun but failed (because we let too many good guys die) attempt to four-man Defiler of the Just the other night, Seki said that Even seemed impossible to kill.

He mentioned that again tonight, after a successful three-man Fall of Truth and a not quite as successful Fire on Thunder Peak, also three-manned. We were actually not doing badly in FotP until Even accidentally grabbed the aggro of BOTH dragons and couldn’t shake it. PDK flesh must be a gourmet delicacy to dragons; even when she turtled up and let Seki and Gonari – neither of whom is any slouch when it comes to DPS – go after the dragons, all the dragons wanted was paladin shish kebab.

Sooo, no completion since you can’t…