I posted for LE shroud just after 9pm Swedish time on Saturday, and was quickly joined by a few ppl, including Nurmaso and Lubash. Then we waited. I asked ppl to join in EEraids channel, in titan channel, sent a few tells… It took about 1.5h before we had a full party and when we did, I realised we didn’t have a hurler.. that is a warlock with “Hurl through hell”. We could have gone without one, but seeing as this is a tough raid, having to do the reds in p2 more than once isn’t really ideal. So, I decided to run Darth’s warlock instead of Thazara. Since I already had 2 completions of this raid, and we also had another cleric in the party, I felt we would benefit more from the warlock than from Thaz. 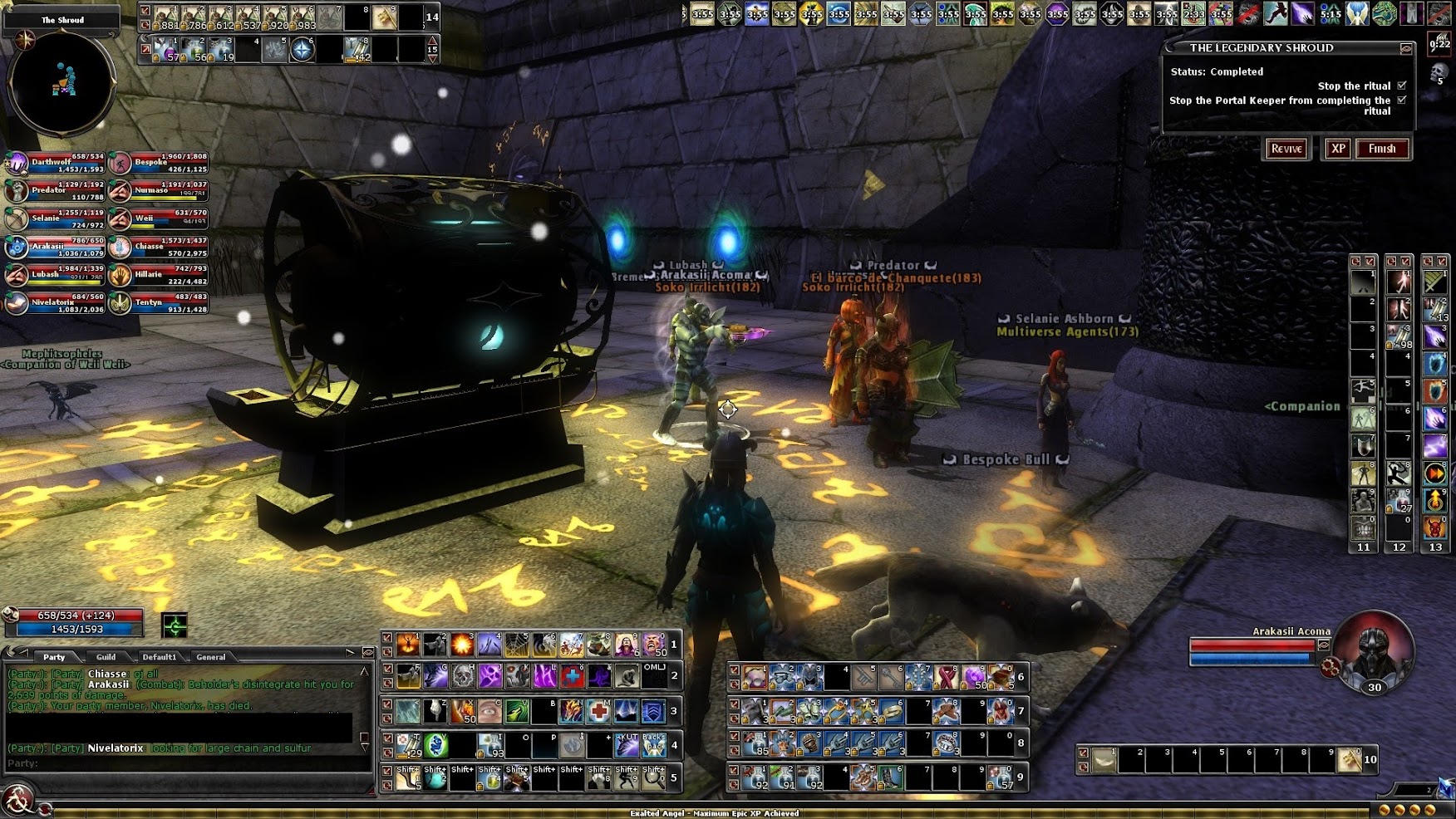