I logged on at 9pm GMT+1 or 3pm EST on Thazara and put my LE Shroud lfm up. Within 20 minutes I had filled all but one spot, but I didn’t have a hurler, and I had to decide who to accept for the last spot. I decided to give Warehamster’s mech a spot and switched myself to Darth’s warlock for hurl, as Durk had joined the party on his cleric. As you know, I’m not that familiar with the warlock, and I mainly run around hurling mobs during p1. It might have been because I forgot to repair his gear before the run, or it might have been that I was stressed about the recording, but I was playing sloppy and died more than I would have liked. It was a good run non the less and we finished in 54 minutes. 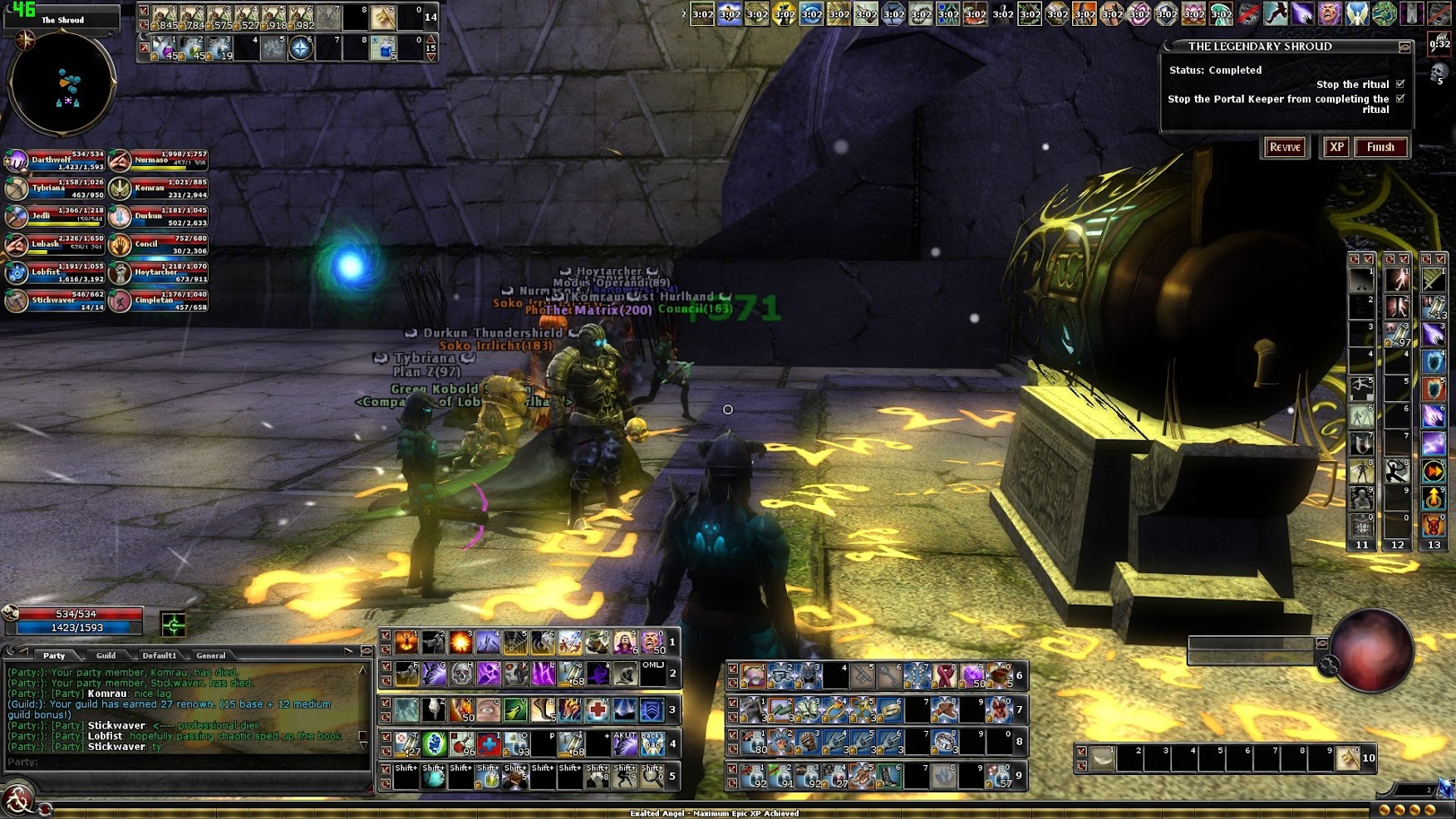