A quick blog before I start my working day…

Our guild had a slight panic a few nights ago when my missus pointed out that none of us were actually flagged to get to the new XPack content when it drops next week. We were, but then we TR’d…. And since 4 of our 5 active members have bought it, and booked next week off, we really thought we should make the effort 🙂

The last TR I did on Firetha happened October 6, 2015. It took me over a year to get her to 20, mainly because I don’t really like running heroics, especially not the low level ones, and I would only play her when I only had time for one quest or so.

She finally hit 20 two days ago and yesterday I spent my game time cleaning her TR bank. Today I TR’d. I will be doing exactly the same build as last time, for her 3rd wizard past life. Here are her before and after pictures:

I didn’t get as much time to play this weekend as I’d hoped, but the time I did get was productive, fun and maybe just a little bit silly…

Friday
Myself & two guildies ran the High Road chain. I know myself & Row were running our latest TR chars (Hymm & Willowing), I’m not sure what Aldrac was running… the guy TR’s so much I can’t keep track lately 😛 The run was just eH on everything. It went very smooth, we all have self heal capabilities with our builds, including ED’s, which makes things a lot easier 🙂 And with it being first time run, nice XP!

…when the fandom becomes sentient.

Today marks the day of the third annual PlayStation Experience, held in Anaheim California. They usually have a couple of surprises in store for the Sony faithful, so I thought I would have a wee stab in the dark about what I think will happen!

It’s been a while since there’s been any mention of the status of my characters in DDO, so let’s some the time to do so. Some characters have made some interesting changes, some reached epics, while others still have yet to be played at all (alt-itis is a serious affliction).

Let’s hit up the characters by server.

Citira (Main)- Vanguard Paladin. Though previously run once a week, Citira’s not been logged in much of late due to a mismatch of schedules on the server. Never-the-less, she’s somehow made it to level 29, so hopefully she will see a return to Argonnessen on a regular basis again very soon!

Citifus (Alt)- Archer Ranger. Almost completely dependent on running with guild mates, poor Citifus has been all but abandoned. This is a kept for running exclusively with certain characters in the Thieves Guild on Argo. Now level 11, we called them…

🙂 Sorry for not blogging in a while, and oh, the lack of pictures. I’m gonna post some pics soon. Well, my last week in DDO was good and bad. Instance freezes have been getting more common and it’s getting on ppl’s nerves. How many instance freezes can I count last week? We froze in Gianthold Tor (had to recall), Tharashk Arena (had to recall), Caught in the Web, ToD, only to name a few. The other week Meridia froze and on Sunday Eveningstar and the Marketplace froze. I can understand why ppl haven’t been wanting to do too many raids lately. Is this only on Orien?

🙂 I try to keep my readers happy and blog at the least every few days. The thing is, I like adding pictures to the blog, and I have all my screenies on my home comp, so I only write those kinds of blogs at home. Yes, of course I could write the blog separately and then add the pictures later, but no, not really into that. 🙂 This is why I wouldn’t ever be a good novelist (unless it was a collection of short stories). I like to have my thoughts fresh in my head and I like to finish in one sitting. Including pictures. Writing a blog for me takes from half an hour to a few hours, depending on how much I edit the pictures. I also proof read a few times.

Anywho, mabar is up and I plan to write a few blogs about Mabar, my…

Two posts caught my eyes yesterday that had me thinking about my own motivations in playing MMORPGs.

Firstly Syp at Bio Break compared upgraded skill systems in World of Warcraft and Rift. It’s an interesting comparison and I’d agree with the conclusion: the amount of RNG in the current legendaries system in WoW is not my idea of fun, I rather like the sound, and certainty, of receiving legendary points, as a character levels, to spend as you wish instead of rare item drops. It seems slightly confused that Blizzard have on the one hand eased some of the harsher elements of RNG for rewards: dungeons now have personal loot, with the option to share items; however, they’ve also re-introduced a new form of RNG, this time tied to one aspect of character development and customisation.

First legendary, on an alt character after 3 months of Legion

My druid monk is slowly levelling. Slow as in very slow, only one level every other week or so, and I’ve been dual-boxing with my alt account, that is, my alt has been piking inside the quests for free xp and renown. Anywho, Jarv was a wolf melee last life, but more focused on casting, this life she’s a pure melee, or more or less. Jarv wanted to show off her dancing skill on the guild ship, but she just couldn’t find a good spot.

She tried the main floor 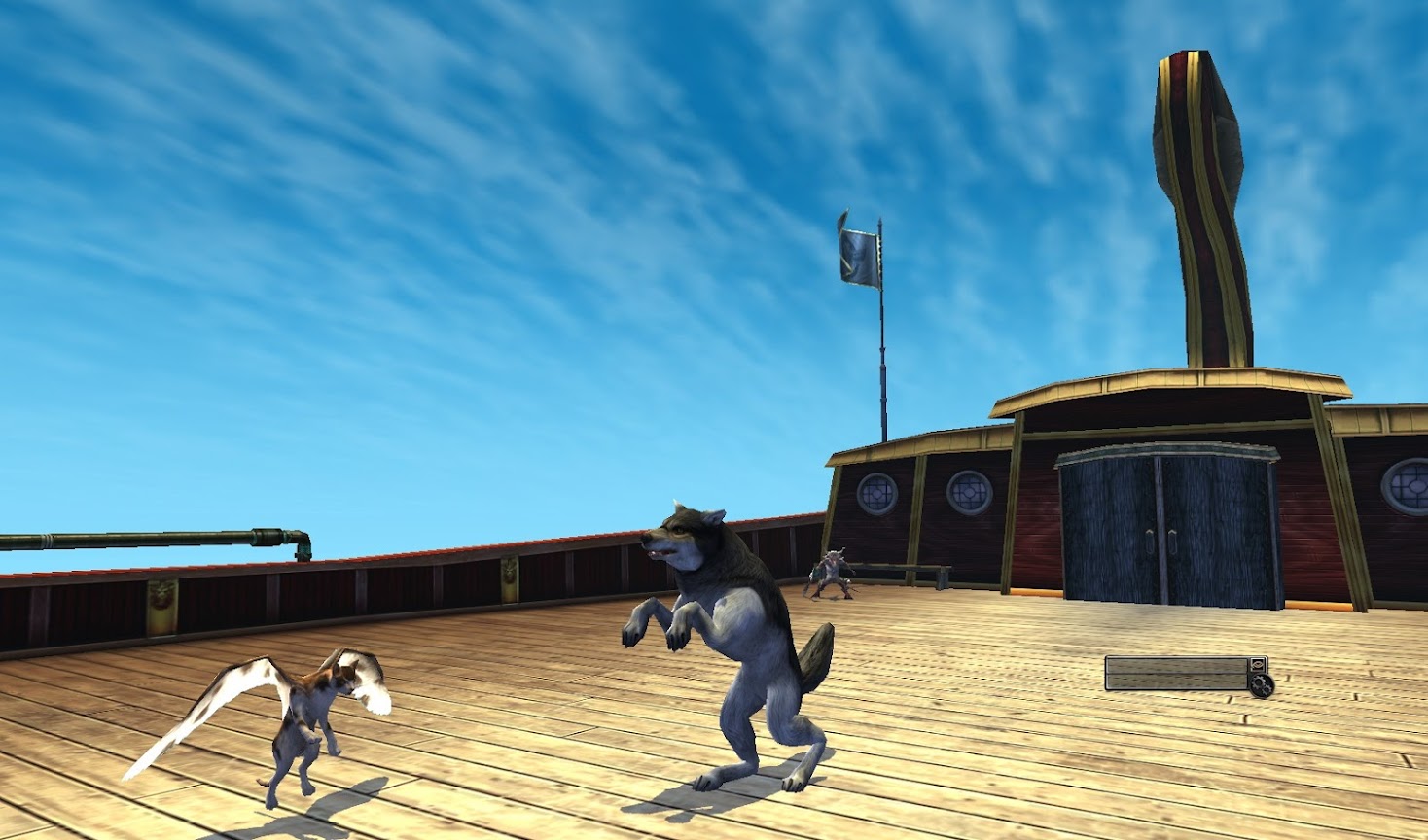 Thinking about it the name of this blog post could cover two things.. I meant it to relate to the fact I’m switching between characters a lot but it pretty much describes my playstyle with Hymm’s current life too 🙂

I have two heroic characters I’m running at the moment, Hymm & Dimachaerii.

Hymm is now 2 rogue/6 ranger/7 cleric, with level 16 banked. I’ve been quite happy with how the build has turned out so far, damage is OK, heals are OK (he’s not really built as a main healer type but does nicely in emergencies) but I do spend a lot of time running around backwards shooting at mobs while Rach’s fighter build cleans up the majority of the bad guys. I’m looking forward to getting Blade Barrier 😀

Killing the orcs in ‘Feast or Famine’