Recently, my good friend Jeowulf over at Nerd Speaker sent me an article by Charlie Hall of Polygon, which discussed so-called erroneous claims that people can become addicted to video games.

Basiscally, the article reported on the assertion by clinical psychologist Dr. Anthony M. Bean that the idea of video game addiction is being mishandled – unknowingly at yet purposefully – and is being driven by politics, moral panic, and general societal pearl-clutching, rather than by sound science. 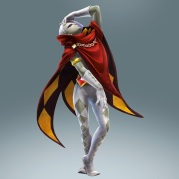 This is quite a refreshing breath of fresh air, after some economists tried to save the economic day by blaming games for low employment rates, so enormous kudos to Charlie Hall, Polygon, and most especially Dr. Bean for taking a look at real, quantifiable facts and advocating for video games.