Last month I upgraded my video rig for recording when I draw a map, and now I’m learning a few basics of how to edit one of those videos. So let’s start off August with this video of me drawing a small dungeon & cavern map.

Liar’s Cave was once an elven outpost cut into the stone of the natural cave by a variety of magics. The elves that built it and lived there were outcasts among their kin, and survived with just the bare necessities of a few dozen lacquered human peasants as furniture, a library of a few thousand esoteric tomes, and less than a decade’s supply of finely-prepared intoxicants. Needless to say, they were desperate. 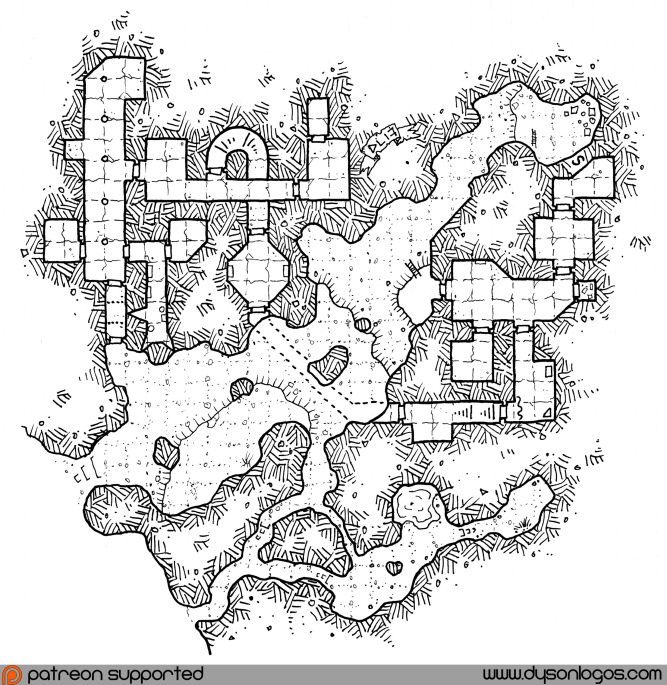