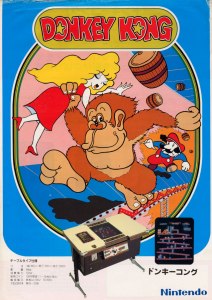 A couple of days ago Nintendo streamed its latest Nintendo Direct presentation.

For many the most notable announcement was that Doom and Wolfenstein II are coming to the Switch, while the five minutes of new Super Mario Odyssey footage was a great way to wrap things up and get people talking after the Direct had ended.

For massively nerdy Nintendo historians (like me), though, the biggest news of the Direct was that Hamster Corporation – the studio currently responsible for the regular Neo-Geo games appearing on Switch and other consoles – will be bringing some of Nintendo’s old arcade games to the Switch as part of its Arcade Archives series.