On the mysterious southern continent there are two competing colonies from the major powers in the north – Linyaró (which I posted a map of previously) and the more fortified colony of Nuróab. Between the two, in the gulf of Teriyál, is the smuggler and pirate haven of Hritlà. 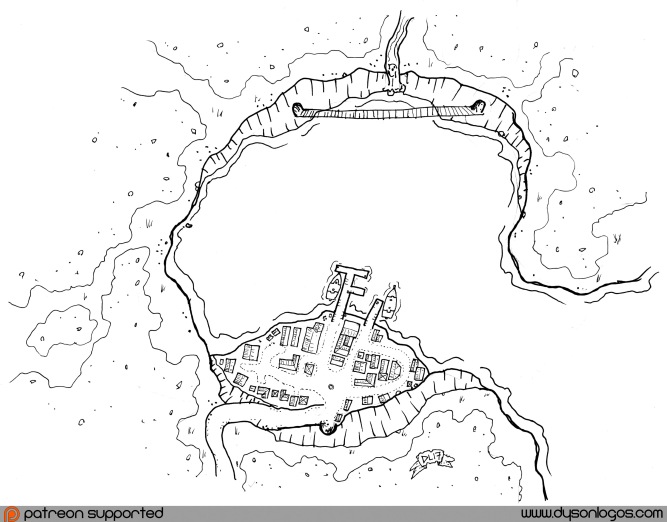 Built into a narrow bay surrounded by cliff walls, Hritlà is well protected from both the elements and from easy notice from passing traffic. For the ne’er-do-wells who use this small port it has an additional benefit in the form of a network of limestone caves that break out into the bay and are used to house overflow populace when large boats come in and of course for the storage of contraband and stolen goods to be slowly eked back out to the colonies at exorbitant profits.