Posted on November 5, 2018 by DDOCentral

The last characters I did were twins, so for day five of my November character creation I decided to do triplets.

Goblinoids consist of in descending order of strength and size bugbears, hobgoblins, and goblins. I’ve always like the idea of playing as a monster and these humanoid creatures always deserved to be a playable race. Perhaps not the most interesting stats for these characters is made up by their quirks, which I think this female trio is fairly solid as both player characters or NPCs. 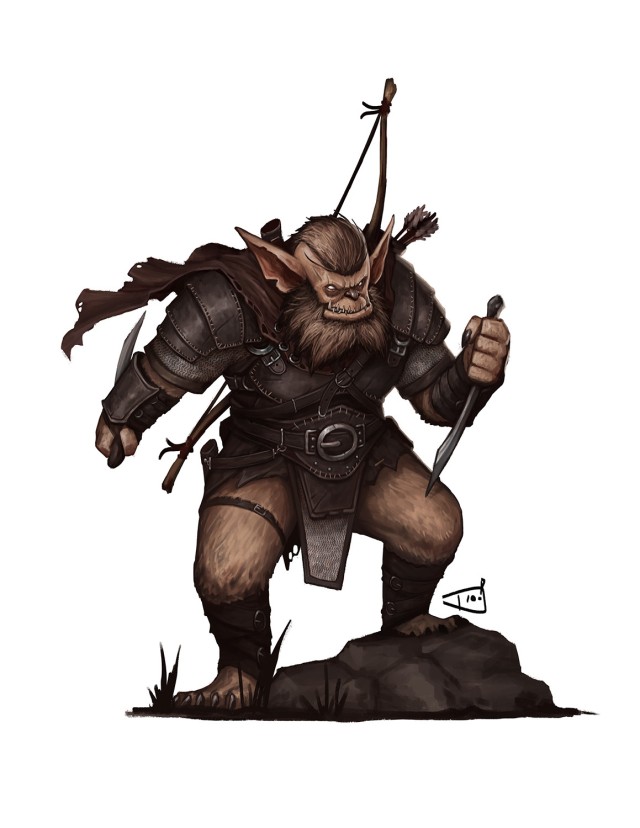 It’s difficult to imagine a bugbear as not some wild brute. Barrot (rhymes with carrot) is a gladiator but less of an arena fighter or streetfighter and more of stage combat or stunt person. Although she certainly knows how to use a variety of weapons to deadly effect, the hassle resulting from easily killing people is not worth the…

DDOCentral compiles all of the blogs, websites, and other online resources available for the MMORPG video game Dungeons and Dragons Online (DDO).
View all posts by DDOCentral →
This entry was posted in Updates and tagged Builds, Lore. Bookmark the permalink.