Masterminds of Sharn coming to DDO

I read over at Massively a little more about the upcoming expansion for Dungeons & Dragons Online, called “Masterminds of Sharn”. Details are still scarce as of yet, but at least we know that is the title of Update 43. I’m super excited to see what Standing Stone Games does with the city of towers, it is the biggest city in the Eberron setting and is a wonderful backdrop for potential adventures with a more urban/noir atmosphere than the jungles of Xen’drik where most of the game’s earlier content was set.

I would hope that the magically enhanced verticality of the city is featured; the city is dominated by impossibly tall towers that are surrounded and connected by a network of raised plazas and roads. There are several distinct tiers to the city offering a variety of radically different environments even within the one city. 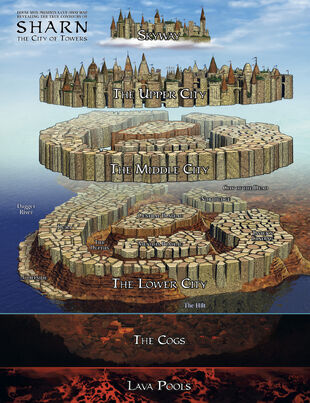