I was away Wednesday, so raids 138 were only Saturday August 31.
After getting the shield from THTH last week, I was hoping to try some of the raids at a harder difficulty this week, but as we were gathering I was told we were missing some key roles for said difficulties (a second tank and heals for PN, two sorcs for THTH), so we decided to stick to the difficulties we usually run.

1. Project Nemesis LH
Erofen did laser, I struggled to say which direction the laser needed to move. Osi was main tank, Tahlua and Komrad helped place Gish. I ended up in both earth and fire room. Osi brought a piker to fill as we had a free spot. Completion time: 21 min, 46 s. Loot: 84 nemesis runes, 30 threads of fate and Gauntlet of the Iron Council. 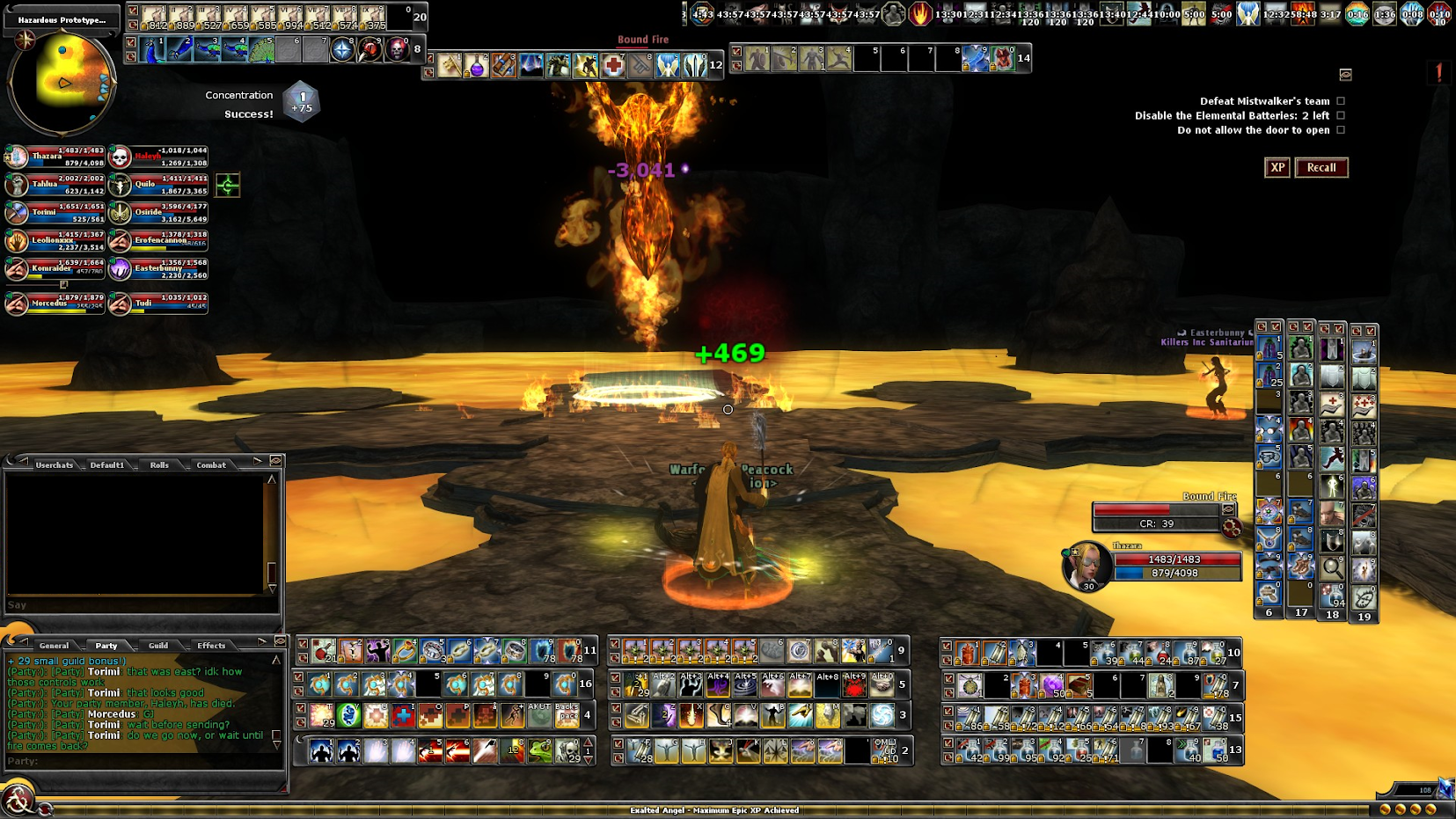