GAMES FOR THE FAMILY

Relive the classic SNES/Genesis games reborn for a new generation with modern improvements like enhanced graphic, customizable controls, save points, and a rewind feature. These games were known for being punishingly hard when they first released, but with these improvements, you can enjoy the experience without frustration whether you played them as a kid in the 90’s or are finding them for the very first time. (Rated E10+) 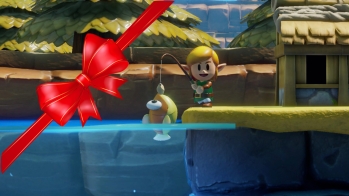 This remake of the Gameboy classic features a charming story, a wonderfully cute visual overhaul, and the classic Zelda gameplay that we’ve come to know and love. It’s also refreshing to play a Zelda title that doesn’t take 60 hours to complete for those of us with busy lives (it’ll probably take you…