How to Run a Fantasy City

You’ve conquered dungeons and the local village, and now you want to have your players explore a huge, fantasy city. You poor, delusional fool! Okay, we’ll help. 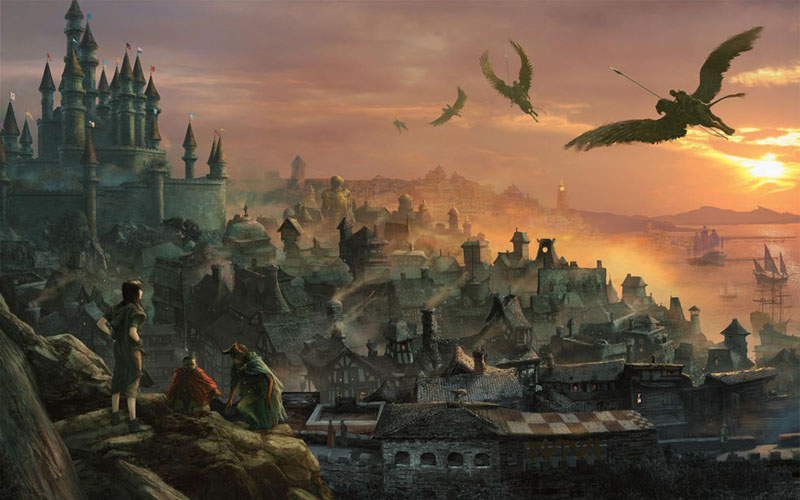 Ah, Waterdeep. The City of Splendors. Land of Opportunity, Fame, Fortune, and Glory. And 1000 headaches.

You’ve been running a D&D campaign for some time now and your players have become small town heroes. But eventually, they will want more. They will point to the biggest dot on your fantasy map and ask, “What’s that?” And you will say, “That is Such-and-Such. She is the crown jewel and the capital city of So-and-So, the largest city in the land.” Your players will immediately want to go there and you will say, “Oh yeah, let’s do this.” And then you will think, “Oh no, what have I done?”

Greyhawk, Lankhmar, Thyatis, Minas Tirith, Sharn; in every role-playing world and fantasy setting there is one…