Greyhawk Wars kicks off with that fantastic cover art by Roger Raupp. A frequent artist in Dragon Magazine and Polyhedron, Raupp did relatively few works in (A)D&D sets and modules.

Cleared out some extra Greyhawk Wars sets I had in storage today. Opening them up for listing photos… well, I just kept on shooting.

“From the mad Malachite throne in Rauxes to the bejeweled city of Chendl, the Flanaess is at war! In the east, Overking Ivid V thirsts for conquest. Meanwhile, the Great God of the North unites the barbarians and Fists. And in the south, the Scarlet Brotherhood pulls the strings of war like a mad puppeteer…” – advertisement in Dungeon Magazine, issue 33 (Jan/Feb 1992)

Greyhawkery blog: What the Greyhawk Wars would’ve looked like if Iuz had defeated Furyondy!

Greyhawk Wars in the shop 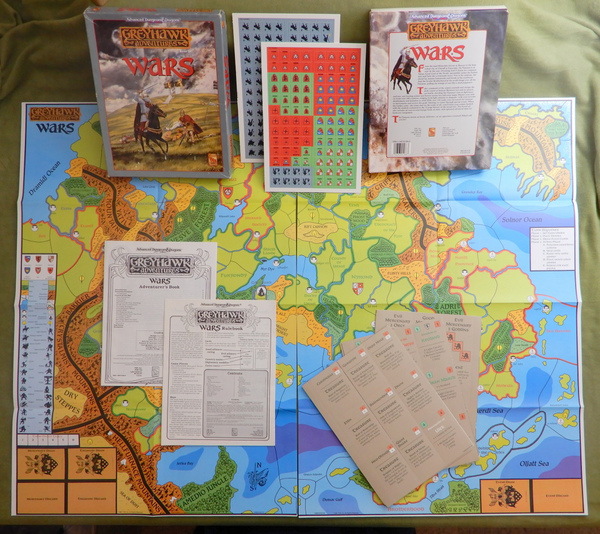 DDOCentral compiles all of the blogs, websites, and other online resources available for the MMORPG video game Dungeons and Dragons Online (DDO).
View all posts by DDOCentral →
This entry was posted in Updates and tagged Game Play, Lore. Bookmark the permalink.