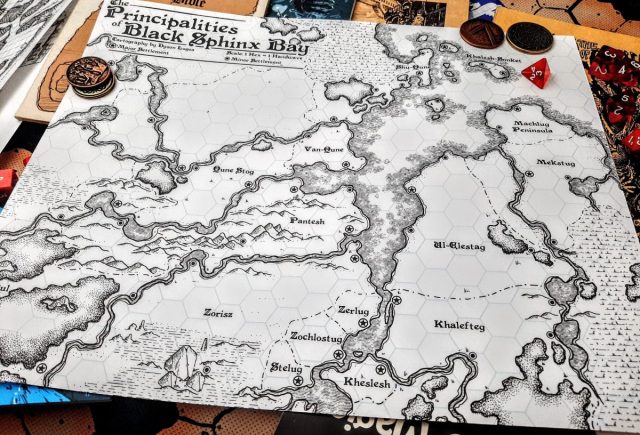 The Principalities of Black Sphinx Bay

I was admiring the map of the Young Kingdoms in the Stormbringer RPG and I had just finished drawing the Malachite Coast map so I was inspired to work on a more traditional regional map – something I could use for my next campaign. Thus we have the Principalities of Black Sphinx Bay. This is honestly a lot bigger of an area than I usually map out before a campaign begins – I typically start smaller and slowly build up to something this size as the campaign progresses.

This whole region was once the Zorisz Empire –  a theocracratic monarchy that became nihilistic and obsessed with death and eventually consumed by their own obsession with watching their empire collapse. The remains of the empire have broken into a score of smaller countries, two of which still claim the title…