The party had two directions to go.

Through gaseous spying, the party learned of the rooms to the north and south. Above was the floating stream – kayaks – knights waiting inambush. Below was a terraced menagerie. 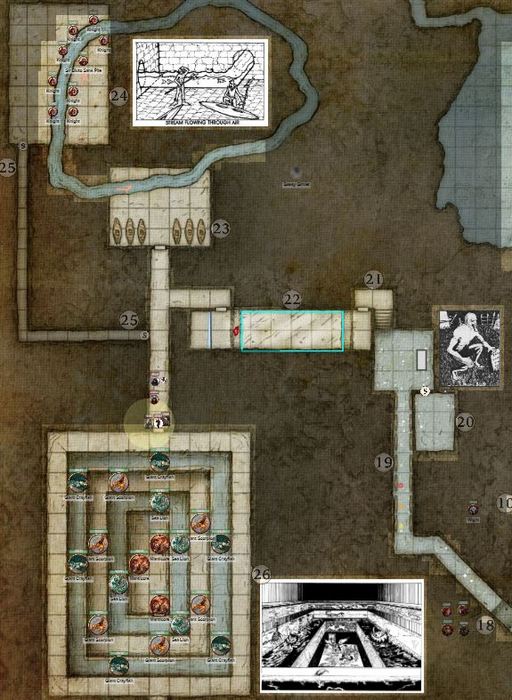 Orgrush, the Ranger, at this moment suddenly resolved to confront Wave, the powerful and sentient trident in his possession.

He pulled Wave out of the bag, and held the three-pronged trident high. Immediately, Wave contacted Orgrush telepathically.

The trident was a devout and ardent prophet for Xerbo, the Suel sea god. Wave spoke of the unstoppable power of the oceans, and their majesty. Orgrush the half-orc converted on the spot.

DDOCentral compiles all of the blogs, websites, and other online resources available for the MMORPG video game Dungeons and Dragons Online (DDO).
View all posts by DDOCentral →
This entry was posted in Updates and tagged Quests. Bookmark the permalink.

Professional gaming articles with a dose of Personality