In this post, I’m looking specifically at the two different formats of boxes TSR used in the late 70s and early 80s.

In the D&D Basic Set (1977-9; Eric Holmes, editor; David C. Sutherland cover art), TSR used a box blank with the graphics as a glued-on sheet, both top and bottom.

When TSR transitioned to the 1981 Basic and Expert Sets (Tom Moldvay / Dave Cook, editors, respectively; both have Erol Otus cover art), this “glued sheet” box format was retained for a brief time, before being replaced with a box with the graphics printed directly on the paperboard. 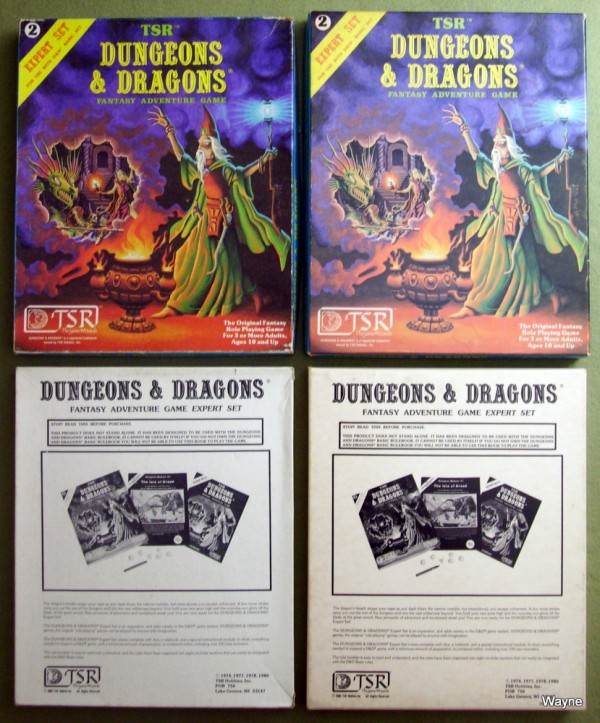 Both formats of Expert Set, side-by-side. 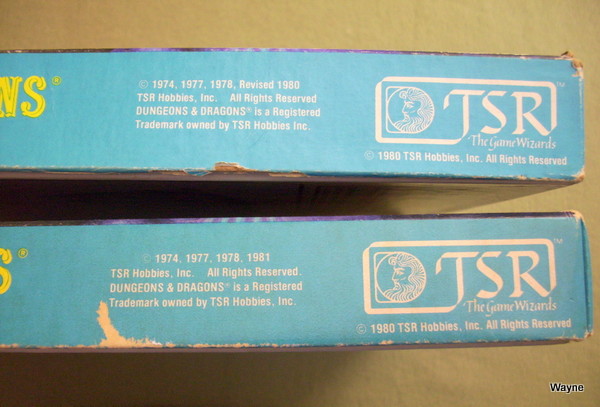 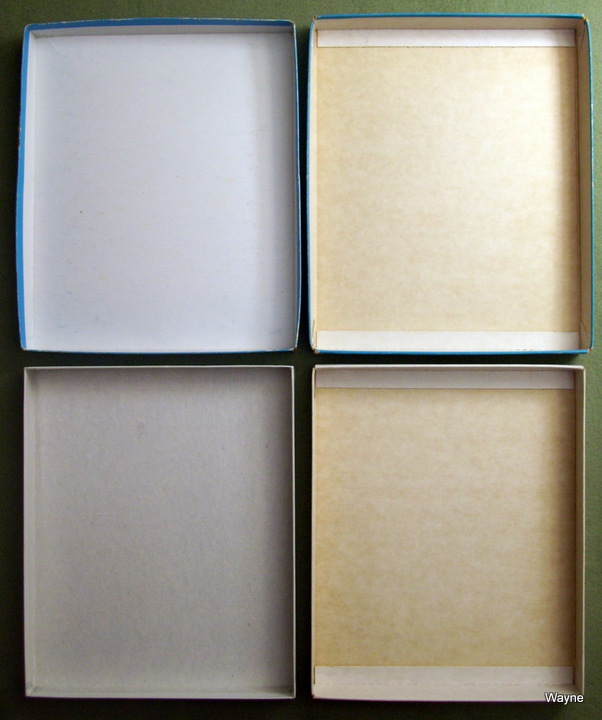 Below is the inside corner of Basic Set, later-format box. 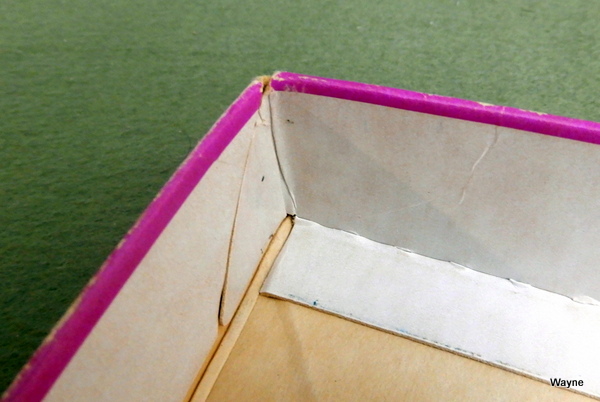