The Duck played a whole bunch of games this year, partly thanks to some really good sales, allowing me to download a good deal of digital games for sometimes as low as $5 or even $2!  Now that’s one heck of a deal!  Since I didn’t exactly buy that many games that were actually released this year, though, I’m going to be listing the top games that I played in 2020…period, with the one rule being that these games must be ones that I never played before.

What can I say about 2020 that hasn’t already been said? It’s been a shit year, shadowed by a still-ongoing global pandemic that affects everything in our lives.

With social distancing, video games became more important than ever. This year saw the release of new consoles from Sony and Microsoft, a monumental occasion that only happens once every five or six years. The Nintendo Switch continues to dominate, though you’ll find far fewer Switch games on this year’s list compared to last year.

Indie gaming remained my bread and butter – especially a stellar run in the middle of the year when I live streamed new releases like Ori and the Will of the Wisps, Desperados 3…

Exposed as the glaciers melted back a few summers ago, the Nightal Caverns stretch an unknown distance through the rock beneath the ice. It is believed that they might link back to an ancient city still frozen in the ice – a place where elder races lived before the current eras of dwarves, orcs, humans, and elves.

The caverns themselves appear to have been formed primarily by erosion of the rocks by glacial meltwaters over untold centuries. The stone is brown, but many areas bear a blueish mineral sheen from deposits left behind by the waters.

When they were first exposed, the Nightal Caverns were home to a small colony of ice mephits – but in the few years since most of the Mephits were driven out – but other creatures have moved in through the two cavern entrances.

I used to set my alarm extra early to get some writing and creativity in before work. My nights with nothing to do were spent gaming since I had nothing else going on. Since the pandemic began (and forgetting how to use an alarm clock), I’ve been pushing my creative hours late into the night, along with my gaming sessions.

Most nights, I try to get some gaming and creativity in before bed. I used to just sit in my comfy chair and play games from dinner until after midnight, while eating ice cream and snacks. I have now adjusted my late night gaming sessions for having someone I…

As the year comes to an end, I’ll be looking back over the games I played and picking my top ten.
These will specifically be games released in the year of 2020. That will include re-releases, or remakes, or whatever. There might actually be a couple of new games in there, too. As long as it was released sometime in 2020, then it is up for consideration.
I won’t be ranking them in any particular order; this is just a post where I share my top ten games of year and wax lyrical about them I suppose. I’ll simply present the games in alphabetical order.
I’ll also note the games I talk about here will all be games available for the Nintendo Switch. Some will be multiplatform, but I’ll be talking about my experiences based on the Switch versions of the games where applicable.

I played a lot of PC Games in 2020, possibly a whole lot more than I played in the previous year for what is probably an obvious reason!

Though I tend to be the type to ride from one hot new release to the next, 2020’s lineup was…subpar for me as a whole. Sure, there were a couple of games that made an impact on me, with one in particular that is likely to be crowned my personal Game of the Year. But for the most part, my year was defined by catching up on older games that slipped by me during their hey day. Here are some of the more notable titles I caught up on in 2020!

Enough of thinking and debating whether online games are appropriate or safe for you, there are flaws in every kind of systems; especially the internet which has provided us such wonderful sources of entertainment , online games being one of them but that doesn’t mean online games shouldn’t be subjected in your day to day life. And there is no doubt, every act which becomes excess leads to a problem. Hence the answer you seek lays in the grey area , because there isn’t any black or white regions

Online games actually do good more than bad when played for limited time(unless pursuing a career).

Online games have been on the rise since the last decade more importantly on smartphones due to cheap and mass availability of internet and cheap smartphones.

●Becomes frustative to cope with.

Take any of competitive online games…

(Being a series of quick game notes trying to account for the events of many sessions of playing through The Enemy Within using the Warhammer Fantasy Roleplay 1e rules.)

Power Behind the Throne

I decided to run Thazara so I wouldn’t need to switch for our hard thth attempt later. Completion time: 12 min, 19 s. Loot: 84 vision runes, 25 threads of fate, Blightstaff and at least one Spark of Dream. 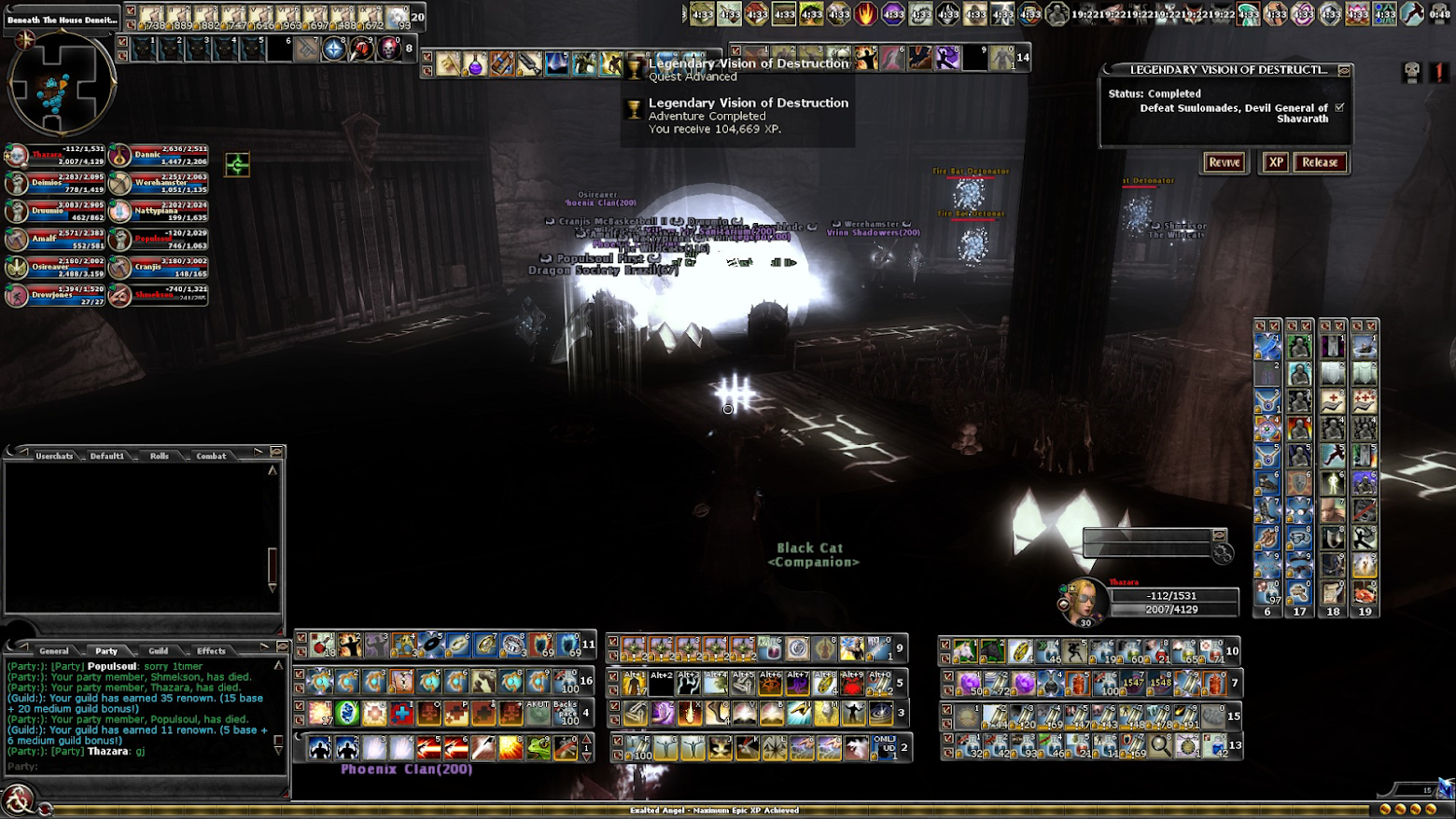