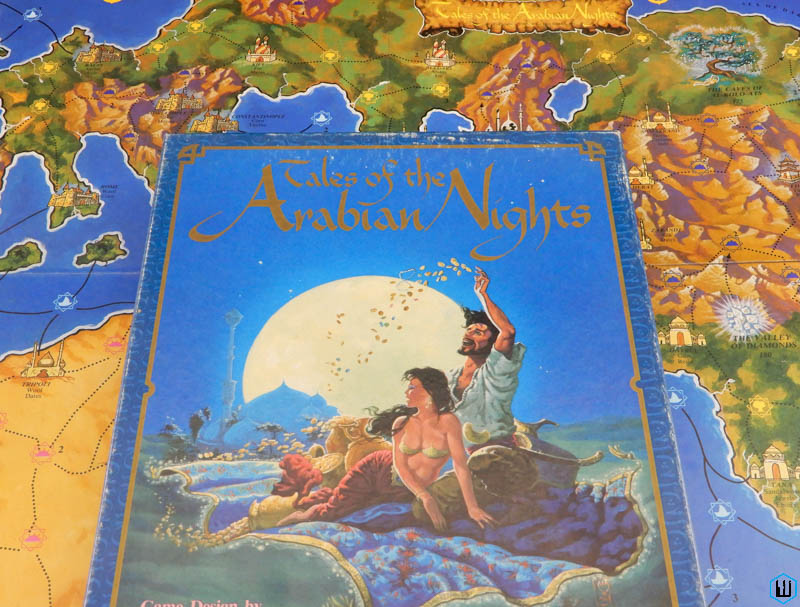 Tales of the Arabian Nights (West End Games, 1985) packs a lot replay value into one set.

The heart of the boardgame is the Book of Tales, a numbered reference with 1400 entries that dictates the encounters and characters the player meets. It has the feel of the Choose Your Own Adventure (CYOA) gamebooks, as each entry is unrelated to the one before or after. Replayability is very high, since any one entry has different results based on skills, status, and even gender (which can change during the game!)

Tales of the Arabian Nights is set in the mythic Arabia of Aladdin and the magic lamp, Ali Baba and the forty thieves, and the seven voyages of Sindbad.

It’s really several games in one: