Hammy travels through the Demonweb in his quest to gathering experience for a True Reincarnation.  It will be awhile before he sees this area again.

Over the weekend, I was finally able to gather enough experience to max out the Shadowdancer Epic Destiny for my rogue, Hamllin.  I was waiting to cap that Epic Destiny out to make my future plans of Epic True Reincarnation easier in the future.  Now that he has that maxed out, I am ready to take him through his first true reincarnation.

Inspiration comes from multiple places. After learning of the destructive magic within the throwing star wielded by a fully trained Ninja Spy, I thought briefly how it would be cool to see more use of shuriken before my attention wandered off to Quintessica and her Mystic abilities.

Somebody accepted that challenge. Forum user “Firewall” designed a build that specializes in throwing stars, and I’m shamelessly, proudly creating a version of my own.

I love this design. For starters, it’s a pure Monk, which immediately drew cheers from me.

Firewall wasn’t trying to use the typical min-maxing that comes from multiclassing, but to utilize every racial and class ability, skill and feat to generate the strongest damage you can from the shuriken.

Firewall chose the race that gains natural proficiency and expertise feats with shuriken: the Drow.

His ability stats were atypical for any…

Exactly what you’d expect to hear when a boss is vulnerable during a raid, right?

Plenty of you have read of my recent character builds, many inspired in part through two anime programs: Sword Art Online (SAO) and Log Horizon (LH). Both shows are now airing a second season.

These two programs, based on light novels, aren’t quite like the usual fantasy, supernatural, mecha or other anime plot themes. Both are heavily influenced by MMO gaming design and concepts, including monsters, character classes, terminology, strategy and relationships to current technology.

Both second seasons have illustrated gameplay in ways that, I think, would be a great primer to people who are new to the multi-multiplayer online format, and new to Dungeons & Dragons game design in particular.

How these characters play is critical if DDO ever implements the concept of the mythic raid/quest. We can talk about the idea, but…

As I wrote in the previous blog, I messed up Cerge a little, so I decided to use the LR+0 heart I had in my TR bank to fix him. Doing so I also changed his looks a little. Here’s the before and after. 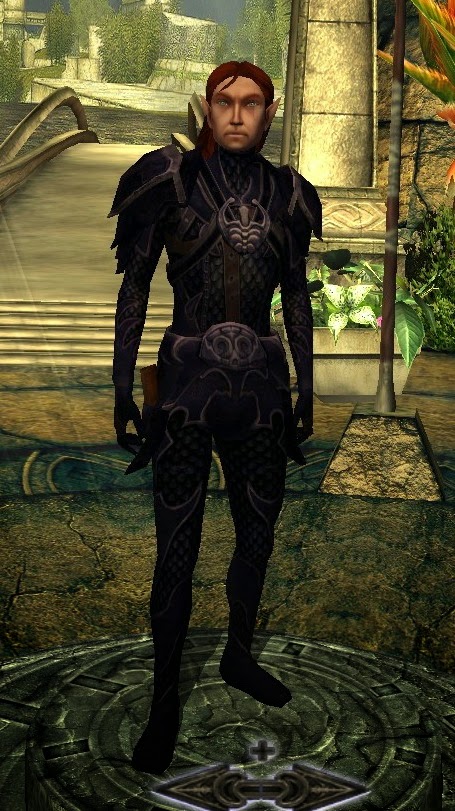 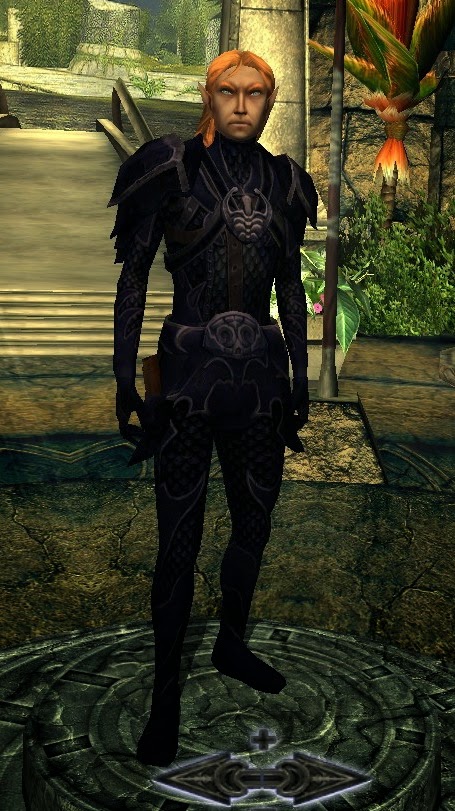 This was just a post for my pics collection, lol.

Thank you for stopping by and have a great day

Not too long ago I TR’d Cerge into my build I posted here. I as always spent 3 days on the build, and I posted it on both ddo forums and the vault for feedback. I was happy with the build plan… until I TR’d and leveled up to 15. Reaching 15, I realized you need 8 levels of fighter to get One with the Blade from the Kensei tree (technically it’s the prereq feat Greater Weapon Focus that requires 8 levels), so with my build plan I would not be able to use centered kensei until level 20. Ok, since ninja spy enhancements allow me to use shortswords I just used those until level 20, and at 20 reset my enhancements for heavy blades… only to realize the only weapon I can use with heavy blades focus is longswords.  Rapiers, daggers and shortswords are light blades.

I may have said this before, but I’ve been playing 4 epic toons of late (+ my baby druid with sis). 3 of the epic toons I had eTR’d.. and was levelling back to 28. Thaz I capped the other day, Cerge is close to cap and Maidae I decided to finish sagas on. Since eTR I have been running ee sagas on Maidae, up to Wheloon. But Storms Horns I decided to solo on eH instead. This meant that I would not get true elitist reward on 2 of the eStar sagas.

I was weighing it back and forth, wait for ppl to join my lfm for eE Storms Horns… or just solo eH? I chose the second. Tuesday I ran Tracker’s Trap, Lines of Supply, Breaking the Ranks and A Break in the Ice, after which I joined a Deathwyrm run to help a friend out. The quests…

So, Cerge is a cleric fighter (9 cleric/ 8 fighter/ 3 monk) this life. I wanted to do a dual wielding blades build, and got some help from a friend to create one (see the result here) . The idea was to focus on heavy blades… but after TR’ing and leveling up to 15, I realised that I need 8 fighter levels to get One with the Blade that keeps you centered with non monk weapons. I would have 8 levels at level 20, so until then I’d have to use some other weapon. As I am slashing weapons focused, and ninja spy enhancements allow you to use short swords, I decided to use short swords until level 20.

Well, Cerge just got to 20, I reset his kensei enhancements and chose heavy blades… only to realise that rapiers are not heavy blades but light, and that scimitars that are on the…

It’s not that I dislike playing Dissy. She’s actually a lot of fun. She’s just really not very solo-friendly. Once she gets done playing her mad lute and tossing out some buffs, there’s not much for her to do except hang back and pretend she’s part of the scenery so Orthons don’t eat her.

She’d been level 17 for aaagggeeesss – seriously, for MONTHS. There were times I got her out and tried to get some XP but gave up because it was just too grindy. So I kept trying quests at lower and lower levels…

An Offering of Blood – that wasn’t gonna happen; those darn scorpions kept spawning too fast and mostly ignoring her Otto’s, and she kept getting harried. Oh, she might have been able to get to…

For the past many months, I’ve spent quite a bit of time reading the blogs of other players with whom I share a common love of DDO.  Doing so has inspired me to stake my own little piece of Teh Interwebz to share my own experiences, and maybe what knowledge I’ve collected over the past (embarassing number of) lives.

Since the readers (I hope I’ll have one or two!) will be hearing a lot of the following names in coming posts, I figured an introduction of the pantheon of characters is in order.  You may notice I have a penchant for the short, stocky lot.. that’s purely coincidental.  Honest.  I’m lying.  I just have a lot of love for the stumpies.

While almost all of these toons have backgrounds and “personalities” in the role-play sense, I’ll try and keep that to a minimum, so this intro doesn’t take forty pages…

My wife and I failed in our saving throws against disease last week. I caught the flu and she found the norovirus that’s so hot right now. So this is a quick and dirty post without a lot of fanciness while I recover.

Pynthetica the Zen Archer is level 19. With a bow for any occasion, she’s multi-shotting 30 seconds every minute as she makes her way through various places.

The Devil Battlefield was a low hanging fruit for Favor bonus where a guildmate joined me to conquer the four flagging quests for Yugoloth stat potions. Going at these quests at-level is something I’ve not done before. Kiricletica and others were on early Epic levels to give them an edge.

Pyn’s a consistent hitter, all Monk, all archer. As I noted before, there’s not a lot of flash to her. She has a few tricks from the Arcane Archer training…