Nope. No one noticed. He should be able to get clean away.

I’ve not been playing my Rogue Assassin very long. But I love what she can do.

I’m also enjoying Update 23’s changes to over overbalancing of enemies noticing your assassinations that effectively challenged how you used this skill.

Yet I noticed this thread and some older ones that complain about how the class still seems borked.

Again, I haven’t been playing it long. But I have been playing their spirit-twin class, the Ninja Spy, for much longer. In fact, much of my success with Suki comes from my solo experience with Kiricletica.

So, in defense of the current Assassin (and knowing that today’s update patch might fix things that I’ve not found a problem with though others might have), let me ask some critical points.

Do You Expect Not to Be Noticed?

Recent posts about paladin hate – and love – got me to thinking about why anyone would have a blanket hatred of a particular class when within any class, there’s potential to go in all sorts of different directions. And that got me to wondering why so many people like to diss the builds that others have without ever seeing them in action.

I was excited when I unlocked Favored Soul on Thelanis and quickly rolled up Merenwynne, an elf Soul with a monk splash. About the same time, I made a half-orc monk named Winnabette. To this day, they’re the only characters I’ve ever rerolled. Meren was too monk-ish for me – oh, I love my monks, but I wanted to play a Favored Soul, not another monk with better healing. And Winnie just never really got off the ground. (To be fair, she was originally created with the…

So, I just TR’d Maidae into her 5th life. Here are the before and after pictures. 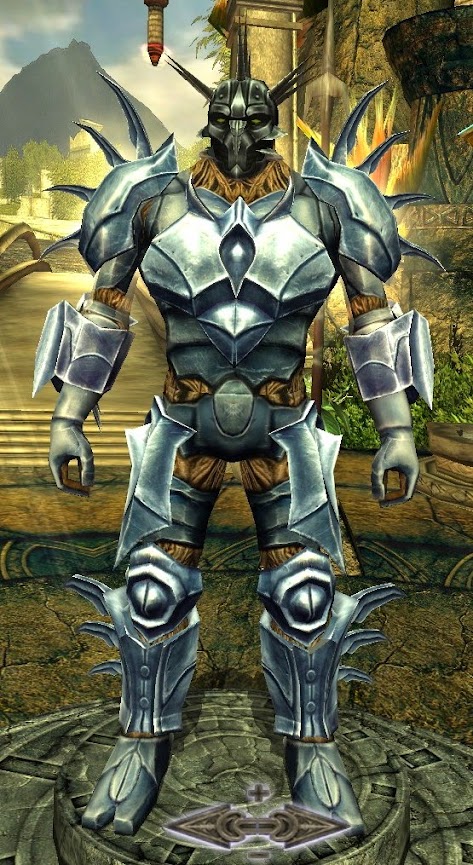 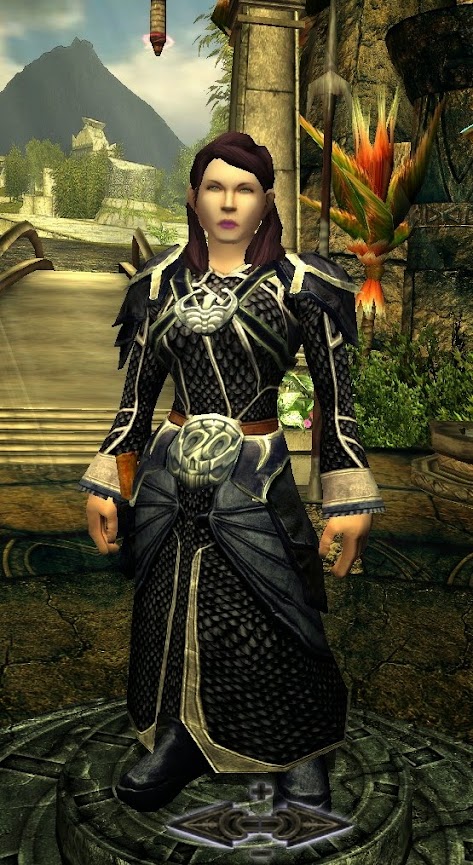 I don’t like the pdk look, but let’s hope I get used to it. And as always, the colors are a bit off. Her hair was supposed to be dark purple, in the picture it looks brown.

So I started to think. Always a terrible thing. I’m like that. One minute I’m going one way, then I think about it and start marching another. Like EE viable. Why do we need to be that? If I don’t really care about beating everything on EE, then why do I even bother if something is ‘viable’ or not? Seems that was always my ultimate goal even as I built for flavor and gear. And it’s really true in all games we play. We play, to be playing on a level with legends, when the reality is few of us want to drag our knees across broken glass to get there.

I don’t envy the ones people call elite. Some of them are terrific people. Others plain a holes. And I couldn’t care less to be within a spitting distance of people who are ‘elite of elite’. I always wanted…

Ninja and assassin squad on approach. Trust me, they’re here.

I drew some consternation from readers when making my favorable comparison of Ninja Spies to Rogue Assassins some time ago.

With a Rogue Assassin of my own that’s working very well as well as several ninja variations, I thought I’d make a fresher comparison and contrast of the class trees, especially with the introduction of a new class tree.

A fun fact: the two classes come from a common real-life archetype. The word “assassin” comes from the Middle Eastern name hashshashin. The name implies that these early killers were sometimes fortified for their duties by hashish, a narcotic I hear goes great with baked goods.

Ninjas, likely originating in China before Japan, and known more formally as shinobi, are merely the hashshashin’s Eastern counterpart. In DDO, of course, the connections of their assassination skills are divided between two D&D…

I participated in the Mabar event for the first time October-November 2012. At first the event didn’t interest me a whole lot, but then I got really into it and spent a lot of time there (search for mabar on my blog to see the posts I wrote about it). I was doing some runs with my friend Andy (the nickname I gave him), and he told me to make a vet 2 1 wizard/ 6 cleric mabarbot to use to farm motes. He ended up nagging so much, that I have in lol. As payback I named the toon Andybot (see my post about it here). I really wasn’t a big fan of Andybot. I think I only ran him until the dragon chamber opened, and for one opening. Then I switched to Maidae, who I believe was a lvl 20 monk at the time. I learned that…

Back when crafting was first introduced the most ideal class for it was the Arti. Partly because Arti is not feat intense and because you get extra bonuses for being Arti and using the dragonmark – most of what they need they get as part of the class (like rune arm and repeating cross bow) and while it feels like a waste to tie up 3 feats just to add a bonus to the crafting levels it helps getting there sooner. Then it was changed into one feat and the rest enhancements.

Depending on just of enhancement intense your build is, that could actually be worse. For me it was better since adding 2 more feats helped strengthen casting even if I had to juggle around some enhancements. After having enjoyed a bunch of crafting crunches (going through bouts whenever there was an appropriate crafting XP weekend bonus) I’m now…

Hymm is currently at level 16 with 17 banked and the life is going pretty well. The only upset was when I ran Foundation of Discord with Rach, and decided to jump in the hole with Patrick the Maniacal and his earth elementals while Rach went to answer the door….. yeah that wasn’t the best idea I’ve had 😛

Waiting for ‘mommy’ in Mired in Kobolds

Anyway, both Evennote & Erdique said the build sounded interesting, so for a laugh I’ve decided to post it (not something I usually bother with). It’s probably not the most effective build, but it is fun so far 🙂

Once upon a time, there was a little elf rogue running around Harbor in Thelanis, blowing up trapboxes, swinging a rapier, getting left in the dust by parties who only wanted Ingenious Debilitation bonuses, and generally just trying not to get killed.

That little elf rogue is Victaurya, my very first toon, who was born on Dec. 8, 2010. Saturday night, then-level-27 Vic ran her first-ever Fire on Thunder Peaks (she died once because she got stuck crowd-surfing and once when one of the dragons hit her for 1100 damage, but did respectably in the kill count and tossed some scroll healing around), after which I realized she was getting really, really close to level cap, so Vey and I ran – wow, memory fail, I can’t remember what we ran, LOL. But it was enough to get Vic the XP she needed to reach level 28 and be capped.

As you can see by the attached Image I finally managed to hit 20. No silly, that was not from the chest. I’ve only seen named items twice and you bet no one could roll on them. So I immediately changed the alignment to true neutral, previously lawful good. I always do lawful good (unless it’s a bard or rogue). It’s just a habit. A practical one mind you since so many weapons you need are good and most low end toons don’t have enough UMD to overcome it early on.

Sure, I could just suffer the neg level but that would be to lower the standard on everything the toon is good at and for 500 TP you can change the alignment as you see fit. This is after doing a final 5 runs, 2 on Saturday and 3 on Sunday (with that toon). I tell you; the 2…